Home / Blog / Q&A with Gloria Perez, the first student to graduate with UCLA’s... 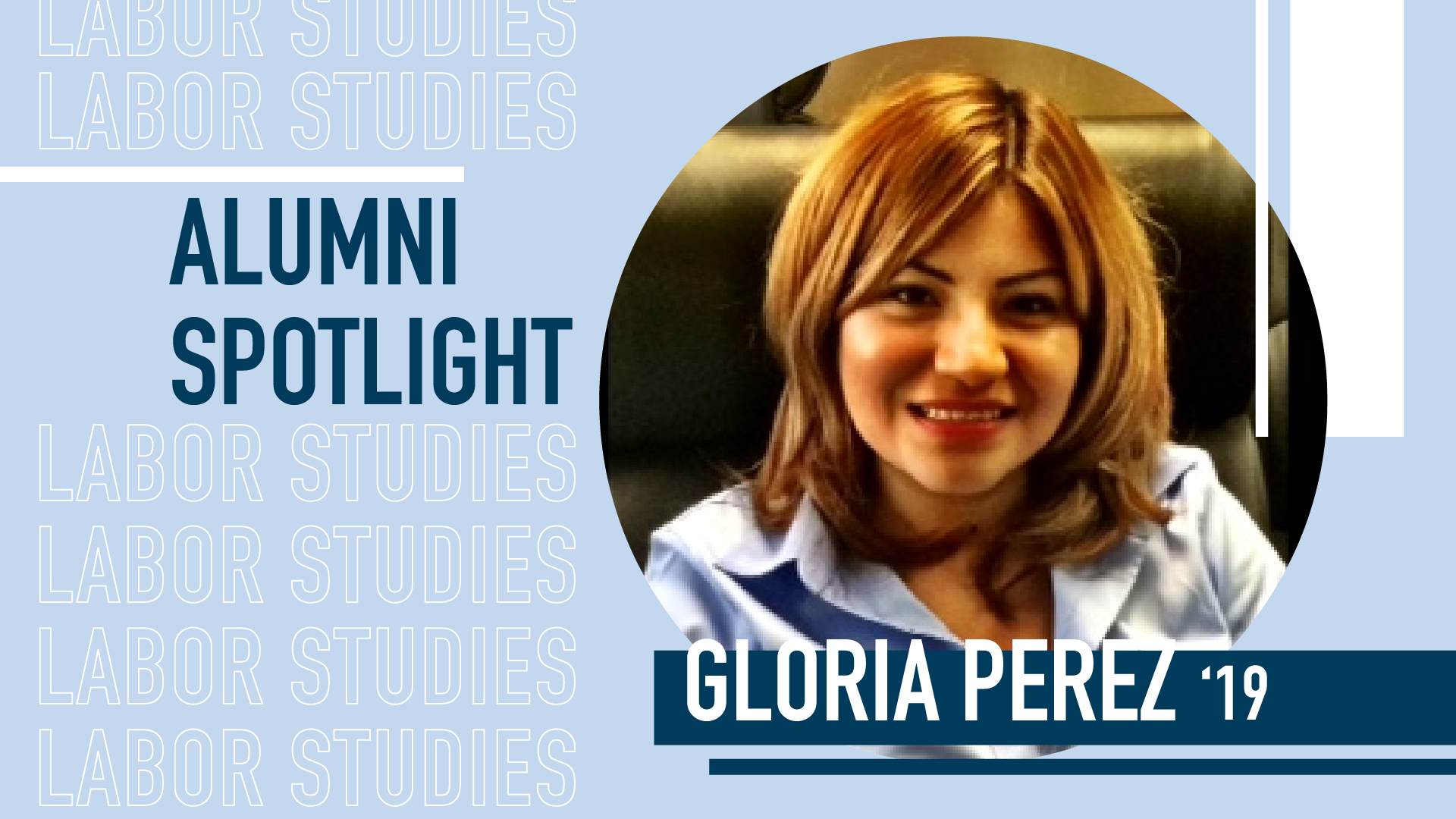 Gloria Perez is a labor studies and gender studies double major. She is graduating at the end of fall quarter 2019 as the first student to graduate with UCLA’s labor studies major.

What made you want to join the labor studies program?

I am a transfer student, so prior to going to UCLA I was working full time. I had some experience working in the corporate world – specifically auto-insurance and logistics. I found that most often, employees’ well-being and safety weren’t taken into consideration. I can’t go too much into detail but there was a circumstance in a specific company that was very toxic, and it caused me to have a lot of anxiety and stress. So I thought, “Why am I experiencing these gender dynamics that are very problematic?” That’s why I decided to major in gender studies, but then I found out about the labor studies minor. The first class I took was about the contemporary immigration debate with Professor Espino. I felt like it was such an impactful class for me, especially because of the current political climate and the rhetoric that is going around in regards to the immigrant community. So I realized that you can’t look at labor and not take into consideration the immigrant community and this hierarchy and socioeconomic imbalance that’s entangled with it. It really propelled me to take more classes.

What about the major/minor had the most impact on you?

Labor studies has empowered me to not only have a historical understanding of the complexity of labor in the United States and specifically LA, but to also have an understanding that I, as a human being, have rights and have a right to challenge and contest things that are normalized.

I had the opportunity to take a class with the chair of labor studies, Toby Higbie, and he encouraged me to apply to an internship with Occupational Health Internship Program (OHIP), which gave me a different level of exposure to unacknowledged hazards in the workplace. I got to interview domestic cleaners and gain some real world perspective of the challenges they are encountering. Now I know that wherever I go and whatever career I pursue, my work has to be with a community and I have to be engaged in some way.

I was anticipating the approval of the major and I’m so glad that I made the cut-off to participate in the major program. 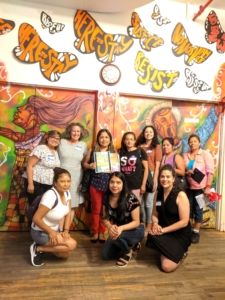 Gloria in New York for her OHIP internship

Are you involved in research or internships?

I am participating in ASTIN Scholars Program through Community Engagement and Social Change (CESC) in liaison with the Labor Center. It is a yearlong commitment to do research around educational reform. We are looking at the UTLA strike and gaining a deeper understanding of the social inequalities that exist based on one’s geographic positionally in LA.

Any advice for incoming freshman?

Get involved as much as you can and never feel like you’re imposing or inconveniencing someone because more often than not, they have been asked before for a letter of recommendation, their experiences, or just to have a conversation. Really stepping out of your comfort zone and asking for help when you need it is crucial.

Also, get to know your department. Get to know the chair of the department or your student affairs officer. When an opportunity reminds them of you they will email you about it directly. Build those relationships because at the end of the day, you need community and a support system.

Were you involved in any activities on campus or in the community?

A lot of what I’ve done was mostly in helping and advocating for transfer students. I was involved with Center for Community College Partnerships, where we worked with community colleges in LA county to help students transfer to four year institutions, including UC, private, and Cal States schools. That was very rewarding because I was in the same position a few years back as a first generation student with minimal resources. It’s important to guide other students through the process.

What was your favorite course in the labor studies program?

I enjoyed the class I took with Toby Higbie on examining archival documents because I had the opportunity to access information from a specific worker center. I also looked at different unions, politics and movements of the time, and the types of newsletters that were created. It was interesting that some of the documents weren’t translated to Spanish even though a majority of the members were Spanish speakers.

I also liked Victor Narro’s class on spiritually and mindfulness. It reinforced that despite the toxic environment we may be experiencing right now in the political rhetoric, there are ways to heal and not allow that to interfere with our personal lives. The class gave me a moment to reflect and realize that despite the challenges I’m facing, I have control on how I feel and the power to dictate how I allow that sentiment or emotion to be internalized.

Any plans after graduation?

My goal is to apply to law school. In the meantime, I hope to get a part time job with a non-profit or law firm, while studying for the LSAT. I want to eventually do a joint degree with a MSW (Masters of Social Welfare) and a JD.