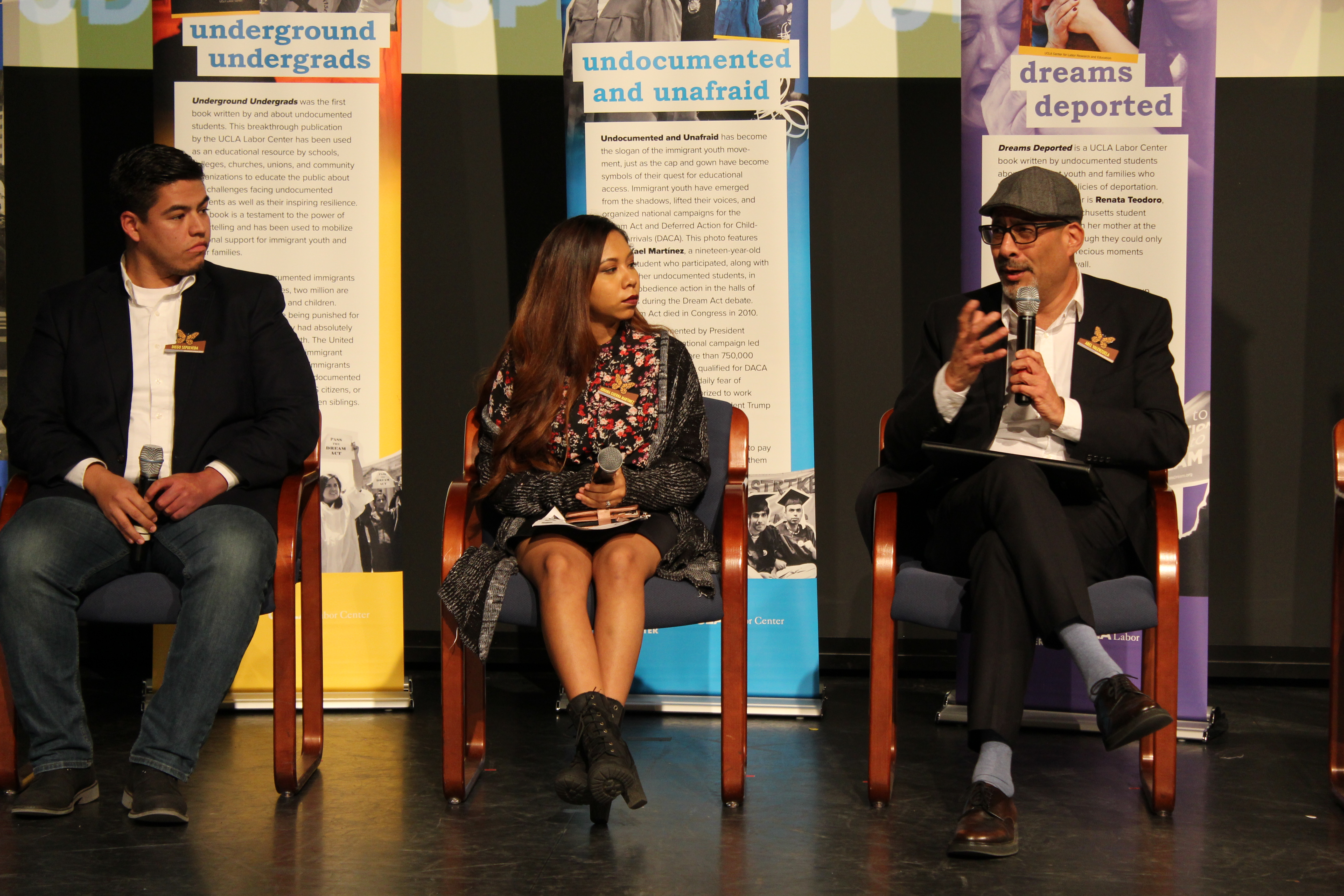 On the Trump administration’s “DACA deadline,” students at the University of California Los Angeles (UCLA), in collaboration with the UCLA Labor Studies Progam, hosted over 400 students and community members at Immigration Forum: Students Speak Out!. Students considered the implications of recent legislative actions and court decisions that left 800,000 immigrant youth in limbo.

In light of the Supreme Court’s denial of the March 5th DACA appeal, UCLA Professor and Labor Center Director, Kent Wong introduced the spirit of the forum: “We are gathered today to tell Donald Trump that he failed – and will never crush the dreams of immigrant youth in this country.”

Students expressed support for all immigrants and the parents of undocumented youth. David Orellana, a member of Improving Dreams Equality Access and Success (IDEAS) stated, “When we demand equality we exclude other communities, equity is the right thing to do,” in reference to the exclusivity of the DACA program and the “dreamer narrative.”

A panel followed speaker presentations. Panelists shared perspectives on current services offered to undocumented students on campus. Panelist Johana Guerra Martinez emphasized that the plight of undocumented students is routinely undermined, “ we often struggle with where we belong, especially when doors are not always open for us.”

Speakers, advocates, and students embraced the 21st-century social movement against all forms of hate and violence. Presenters reaffirmed the need to stand up, speak out, and resist anti-immigrant policies and extended solidarity with the LGBTQ, Black Lives Matter, religious tolerance, and the women’s movement.

The event included lively cultural performances by Grupo Folklorico de UCLA, a dance group that focuses on regional and traditional dances of Mexico. Night of Cultura at UCLA, a Latinx theater and performing arts student group, and the multi-media exhibit, Undocumented Stories were also featured.