As part of their final project for the fiat lux course Exploring Artivism, Social Justice, and Impact of Ethnic and Labor Studies, UCLA students developed a curriculum on using the arts to achieve meaningful social change. To help the grade school teachers and students engage with the exhibit, the undergraduates prepared lesson plans and teaching resources for learners of all ages, from elementary and high school students to parents. 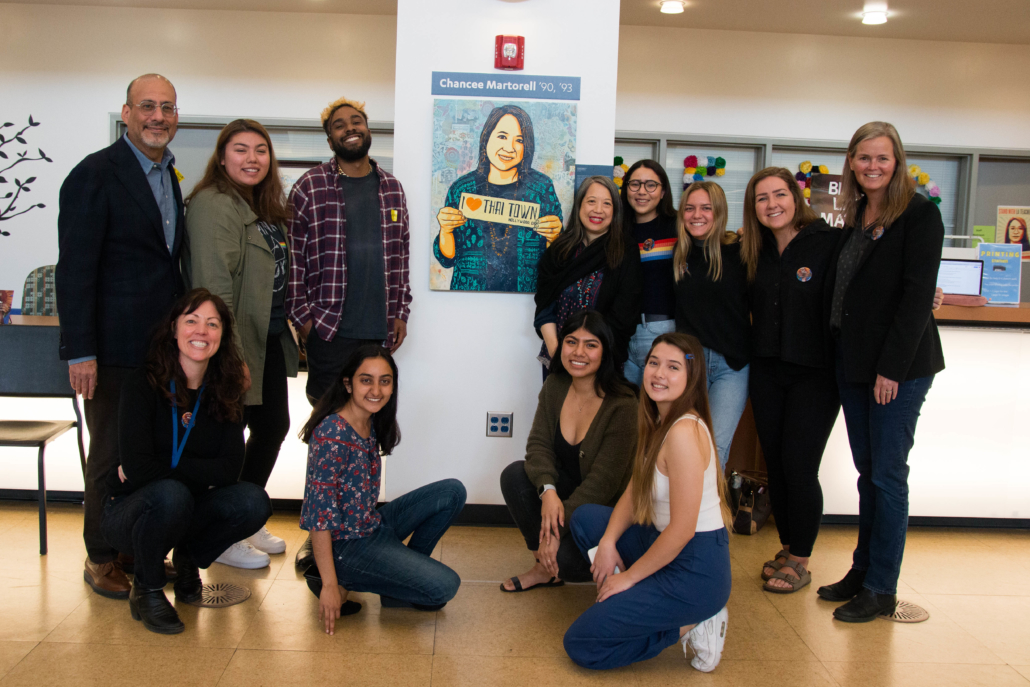 The class is led by Abel Valenzuela, director of the UCLA Institute for Research on Labor and Employment, and Karen Hunter Quartz, professor in the UCLA Graduate School of Education and Information Studies. Quartz led the design team who created the RFK UCLA Community Schools in 2009, integrating cutting-edge, culturally relevant educational research into the teaching curriculum. Six schools are included in the program, which supports underperforming and overcrowded schools in the historically underserved neighborhoods of Pico-Union and Koreatown.

After an introduction to the concept of artivism, students met exhibit artist Gabe Gault, who shared his work and journey as an artist. Students hung on every word as they learned about Gault’s early interest in anime and comic books and the inspiration behind his portrayal of three of the exhibit’s activists: Robert Singleton, John Delloro, and Patrisse Cullors. Gabe revealed his passion for portraying those who “stand out and blend in at the same time,” people who are part of our everyday lives who also make lasting change.

Next up was Chancee Martorell, a UCLA alumna featured in the exhibit who, for thirty years, has dedicated her life to uplifting Thai, immigrant, and local working-class communities. She related her experiences as an advocate, urban planner, and community leader. She also shared her hardships as an inner city child from a working-class immigrant family in the Pico-Union neighborhood. Her early exposure to economic and social disparity drove her to become active in her community at a young age, and she urged the elementary and high school students to think about what they could do to support social justice in their communities.

After the discussion, the children broke out into small groups for a gallery walk, led by the UCLA undergraduates. Students were given the opportunity to learn about each activist and analyze the artistic conventions of the portraits, drawing their own interpretations of each piece. 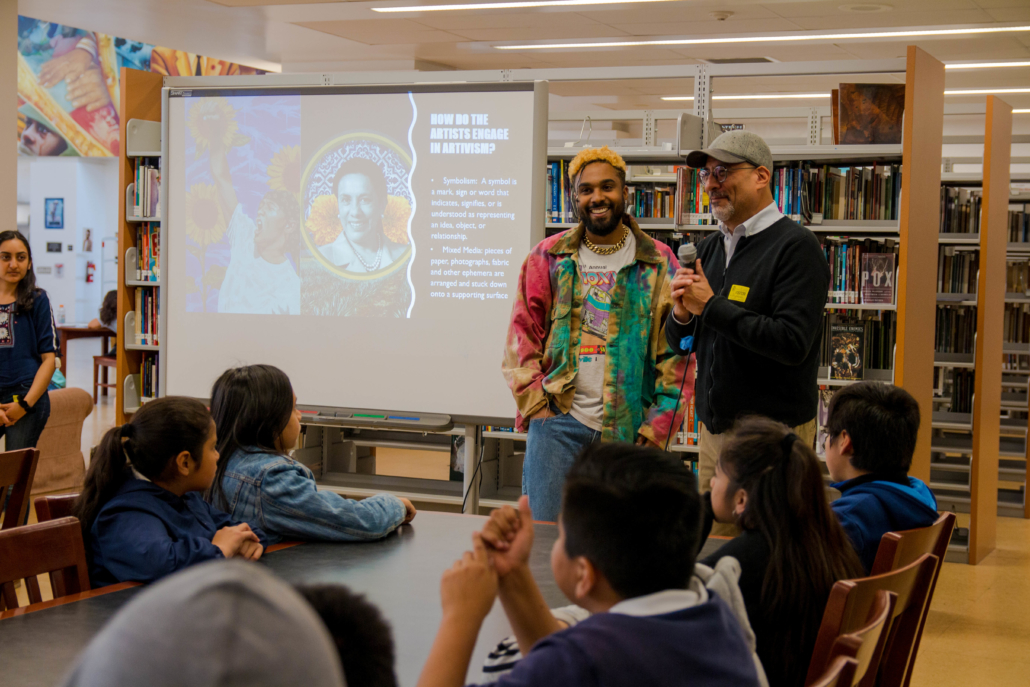 After touring the exhibit, each student created their own artivism portrait of someone they felt made a difference in the world. The students’ portraits, which included family members to famous activists like Nelson Mandela, are displayed in the library.

“Engaging young people with art, artists, and activists can be challenging when done separately or siloed,” said Professor Valenzuela. “When engaged in real-life settings and connected to local neighborhoods, students of all levels can easily learn about art and social change. This opportunity where students from UCLA and the RFK Community Schools can learn from each other creates a strong connection between our campus and Los Angeles.”

Nicole Morales, an RFK Community Schools alumna, reflected on her experience in sharing the exhibit with current students: “Coming back to RFK as not only an alum but as an advocate was so rewarding! It felt weird at first because I was once in those chairs being taught about the importance of community and art, but it gave me a warm, fuzzy feeling once all the kids began interacting and engaging with the content. I’m grateful for this opportunity, and I hope others continue to take part in programs like this.”