Home / Blog / ‘I even sleep better at night’: How the public sector is the key to COV...

‘I even sleep better at night’: How the public sector is the key to COVID-19 economic recovery

A job is never just a job–it is a necessary step in a pathway to a life of stability and security. And in times of COVID-19, it is even more critical.

In short, the public sector is the collection of public service organizations owned and directed by federal, local, or state governments. These jobs include those in government agencies, transportation, postal services, and education, among other areas. According to the study, public sector jobs tend to provide Black workers with more safety from discrimination, higher incomes, and an overall more decent working environment compared with jobs in the private sector. 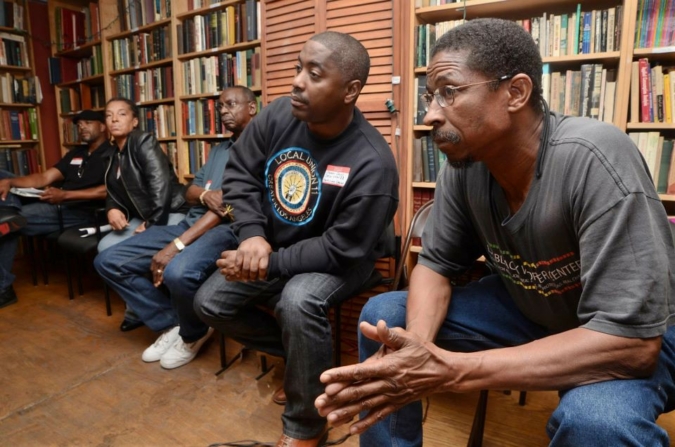 As COVID-19 ravages Black communities at disproportionate rates—where one in two Black workers is deemed “essential” and thus risks exposure to coronavirus—“Reimagined Recovery” offers recommendations to help Black communities recover from the pandemic. In the past, public sector work had the potential to provide recovery to Black workers in the fallout of disasters like Hurricane Katrina, but the extended focus on the private sector only exacerbated the disproportionate effects on those communities. According to the authors, avoiding the mistakes of the past is integral to ensuring Black communities can recover from the damage inflicted in the past year.

“When a crisis hits, it’s too often Black communities that bear the brunt of the impact,” said Thomas. “We know this from the 1992 Los Angeles Uprising, Hurricane Katrina, and the 2008 recession that built economic recovery at the expense of Black workers in the public sector. This led to the disparities and injustices that laid the foundation for the disproportionate impact of Covid-19, state violence on Black lives, and uprisings across Los Angeles today.”

Report co-author and also and Los Angeles Black Worker Center (LABWC) founder Smallwood Cuevas said, “Austerity measures in the past hurt Black workers the most. It is imperative that the city and county resist cuts to programs, services, and related jobs that are critical to the community, and maintain equitable employment of Black workers.”

In the same vein, the LABWC, incubated at the UCLA Labor Center in 2009, aims to address Black employment issues and provides numerous training and educational programs aiming to set Black workers on a path toward equitable jobs.

Elyse, a worker in the Department of Public Works, was one such worker who found a stable career in the public sector with the help of LABWC. Three years ago, Elyse participated in the Target Local Hire Program through the referral of LABWC, which assists people in underserved communities to find careers in Civil Service. She was able to find a job working in the Department of Public Works Street Services, joining the ranks of Black women who compose nearly two-thirds of all Black public sector workers.

“It doesn’t just feel like another job. I consider the work to be important,” Elyse said. “I’ve never felt this sense of stability or safety as far as working goes.”

Since the pandemic began, she has been able to work from home, doing contact-tracing calls for the Department of Public Health. Elyse said her job has given her a pension as well as opportunities to promote into higher-level positions. Ultimately, Elyse’s job has given her a sense of pride she says she couldn’t have found elsewhere.

Stories like Elyse’s illustrate the role public sector jobs can play as Los Angeles approaches economic recovery in the coming months and years. Yet, in the midst of the pandemic, unemployment, furloughs, and budget cuts are threatening jobs in the public sector. “Prioritizing hiring and retention programs in the public sector” will be critical in the response to the pandemic’s effects on Black livelihoods, the report says.

For workers like Elyse, a good public sector job represents much more than just a wage – a good job represents overall stability and peace of mind.  “I even sleep better at night just knowing that I don’t ever have to figure out what am I going to do with my life,” Elyse said. “It’s already figured out for me.”