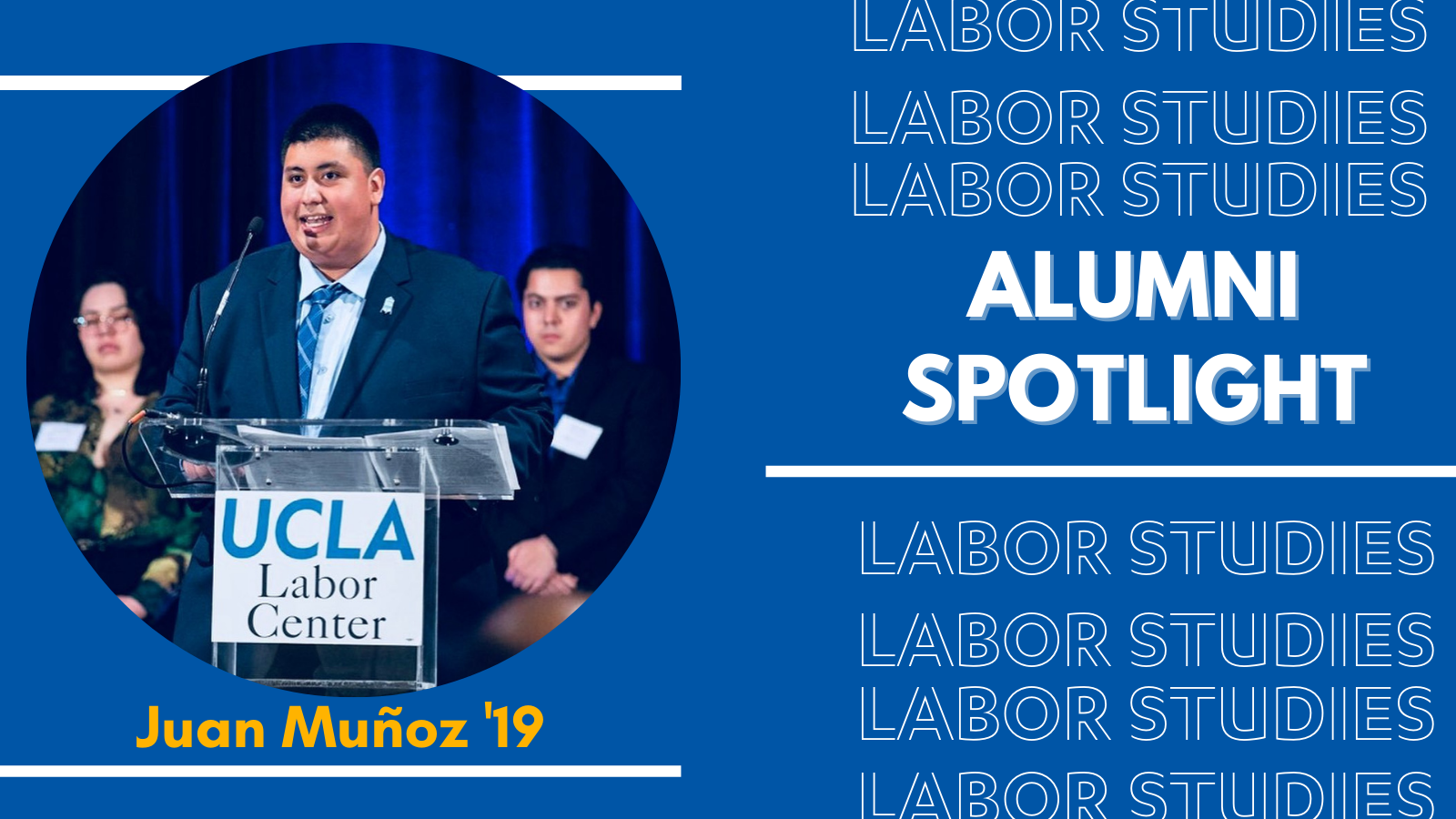 1. Can you tell us about yourself and your background?

2. Can you tell us about your current position and the responsibilities?

I currently work closely with UNITE HERE Local 11, which is the hotel and hospitality workers union in Southern California & Arizona. UNITE HERE Local 11 is one of the most recognized unions in Los Angeles and represents over 30,000 members. I work to support our many hotel and food service union campaigns through corporate and private equity research. This research allows our union to identify strategic opportunities to win campaigns for workers.

In addition to research work, I also served as a Field Lead for two incredible political campaigns that UNITE HERE led. The first was to flip the State of Arizona for Joe Biden/Kamala Harris and win the US Senate seat for Mark Kelly. In Arizona, I got to co-lead a team of 15 canvassers who collectively put 4000+ hours of labor canvassing the suburbs of North Phoenix. Through the efforts of UNITE HERE, which was the first organization supporting Democrats on the ground nationwide, Arizona not only voted for Joe Biden & Kamala Harris but elected Mark Kelly. This is only the second time in seven decades that Arizona went for a Democrat for President. Arizona is now a state that has two Democratic Senators serving concurrently, which had not happened since 1953. A few weeks after our victory in Arizona, I headed to more suburbs but this time across the country to the deep south. UNITE HERE joined Stacey Abrams and a coalition of organizations to flip Georgia’s two Senate seats for Rev. Raphael Warnock and Jon Ossoff. I again had the privilege of leading a team of 10 canvassers, and we collectively knocked on 11,000+ doors, organizing many people to vote for Warnock and Ossoff. Through the efforts of many, Georgia elected the first Black Senator and first Jewish Senator in its history. Rev. Warnock and Jon Ossoff’s wins effectively gave the Democratic Party a majority in the Senate. These wins also have the potential to make Kamala Harris, who is the first woman and Black/South Asian Vice President, the most consequential one.

3. What made you decide to join the Labor Studies Program?

In the courses I was taking with Professor Raymond Rocco, I became exposed to and subsequently interested in critiques of socioeconomic inequality that are tied to the rise of neoliberalism. As I mentioned, I grew up in Southeast LA, which is a historically underrepresented area and one of the many communities impacted by these policy changes and so these problems were very personal to me. I grew up seeing many of the consequences of outsourcing, more limited regulation (the Southeast is one of the most polluted areas in the country), and disinvestment in people. In one of my first Labor Studies classes, I learned of the important role labor unions play in civil society and especially in combatting neoliberalism and inequality. I knew that I wanted to continue having these critical conversations about inequality and importantly in an intersectional manner. Soon after that first class, I declared the minor. The minor and the many courses and professors I met ended up being crucial to my UCLA experience.

4. What about the Labor Studies had the most impact on you?

There were many but I will limit it to two. The lectures by many of the Professors I took in the department including those of Rev. James Lawson, Kent Wong, Saba Waheed & Janna Shadduck-Hernandez were impactful. While in Atlanta, I visited the National Center for Civil and Human Rights where Rev. James Lawson is featured in one of their exhibits. It was just another reminder that it was an absolute privilege I got to take a course taught by the Reverend where he shared his first-hand account of the struggle in the 60s. His lectures have had a substantial impact on me as an activist.

In addition, through the Labor Studies minor, I also got to not only learn about theory and history but also connect that to real work in the community and research. I got to do LSRIP and then work as an undergraduate researcher at the Labor Center on a research justice study that sought to learn about the impacts of students who were “Earners and Learners.” Getting to talk to “Earners and Learners” about their experiences and capturing them in our surveys and interviews was incredible. This research was published in a report by the Labor Center last year and seeing these stories and experiences centered in the report together with policy recommendations was especially impactful.

5. During your time at UCLA, were you involved in any campus activities on campus or within your community?

I was involved in several activities on campus. I was a Regents Scholar at UCLA and I was involved in our society on campus where I got to serve as a mentor for incoming transfers. I also served as the Board Secretary for Tau Sigma, which is a transfer-specific academic honor society, where as a board we engaged high-achieving transfers on campus through academic, service, and social programming. I participated in many actions with SLAP and other orgs as well as supported AFSCME 3299 during their strikes on campus by joining them on the picket lines and getting classes moved to the lines. Lastly, I was the Undergraduate Student Representative on the Transportation Services Advisory Board, where I advocated for free public transit passes for students. In my hometown of Lynwood, I got appointed to serve as Commissioner of Public Safety, Traffic & Parking, where I got to be a bridge between the community and the Lynwood City Council. In this role, I got to inform policy decisions that the council made on parking, housing, traffic and public safety issues, which are important to the quality of life for Lynwood residents.

6. Do you have any advice for graduating seniors?

I highly recommend for seniors to really work on building quality relationships with professors. They can provide so much insight and advice for your future goals. They can also help you network and connect you with folks that can provide you with opportunities. In my case, folks at the Labor Center ended up being very helpful in obtaining my current position with Local 11.

Lastly my advice to seniors is work hard and make progress towards your academic goals but enjoy every single moment of being a student and especially of your senior year. Its been an incredibly difficult year with the pandemic and the transition to remote learning. Our academic lives do not exist in a bubble and so much has been going on in our society. Take time to rest, reflect, and celebrate what you have accomplished so far.