Uncovering the Herstory of IRLE

21 years ago, the Institute for Industrial Relations at UCLA was renamed IRLE, and a new chapter of labor research and advocacy began. In honor of Women’s History Month, we are reflecting on the contributions of some of the women who molded IRLE’s history.

Ruth Milkman was IRLE’s first woman director, and her repertoire illustrates a true devotion to pertinent labor issues – delving into the gig economy, aging workers, and wage theft among many others. From her undergraduate years studying women’s studies to her graduate years pursuing sociology and labor studies, Milkman was a trailblazer in that she took up these areas of research before they were very common. In fact, Milkman developed her own major as an undergraduate in women’s studies before it was considered a real field of study offered to students. Her academic journey from Brown to Berkeley eventually led her to UCLA in 1998 as an associate professor of sociology. From there, she became the director of the Institute for Research on Labor and Employment from 2001 until 2008. 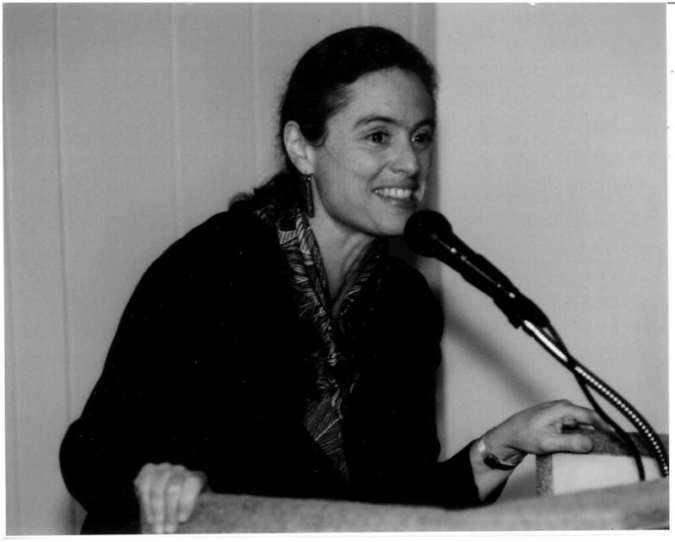 In her seven-year tenure, Milkman faced an uphill battle in managing her institute—Governor Arnold Schwarzenegger continuously cut the institute from the University of California budget. IRLE was singled out as the only University of California institute to be defunded by Governor Schwarzenegger in 2004, sparking outrage from ILE employees, professors, students, elected officials, organized labor, and other key supporters.

In an interview with the Daily Bruin that year, Milkman condemned the budget cuts and defended the institute, saying, “I recognize that the fiscal crisis is serious, and I think everyone should feel the pain of the cuts, but I don’t think we should be completely eliminated.”  Working closely with the Labor Center and key partners and allies in the State Legislature and organized labor, IRLE successfully pushed back on Schwarzenegger’s brazen and callous attack.

Despite the budgetary turmoil IRLE faced, Milkman’s leadership and her strategic partnership with the Labor Center and LOSH pushed the institute to thrive. In 2002, the UCLA Labor Center, a unit of IRLE, physically expanded to downtown Los Angeles, and the Labor Center has been championing worker rights ever since. And according to history and labor studies professor Toby Higbie, UCLA’s undergraduate labor studies program began to take shape during Milkman’s directorship, when Milkman and Kent Wong, Labor Center director, started the GE cluster: “Work, Labor, and Social Justice in Los Angeles.”

In addition to Milkman’s role in leading IRLE, two women paved the way for the Community Scholars Program to emerge as an important conduit between students and community organizations. Gilda Haas, an educator and urban planner, founded the program in 1991, bridging the gap between grassroots organizations and student leaders. The very first Community Scholars class focused on the tourism industry in Los Angeles and produced a report that would later contribute to the founding of the Los Angeles Alliance for a New Economy (LAANE). Today, the 2021 program aims to uplift transgender, gender non-conforming, Black, and indigenous migrants, activists, and community organizers.

The late Professor Jackie Leavitt was also one of the original co-directors of Community Scholars since 1999. Leavitt was devoted to housing and urban planning issues and founded the American Planning Association: Planning and Women Division in 1979 as a way to support women in the urban planning profession. As a teacher and mentor, Leavitt was also well-loved and respected by her community.

“Jackie Leavitt was not like most professors,” said Dr. Ana Luz Gonzalez Vasquez, a Labor Center Project Manager and former mentee and colleague of Leavitt. “She understood that research could be a powerful tool to advance social and economic justice. She sought to transform structural inequities in research by building the communities’ capacity to take action. She challenged us to be refined thinkers and scholars and inspired us to become agents of change.”

Today, the women of IRLE are a part of a new chapter in the institute’s history as they continue to produce research and resources for the workers of the present. Women staff are currently leading projects focused on a variety of timely labor issues, including Black workers, wage theft, the future of work, human resources at the workplace, and workplace health and safety.  In addition, IRLE’s Administrative Leadership is led by Nancy Velasquez which includes women in every single administrative leadership role, including fund management, personnel, IT, publications, and communication.

The women highlighted in this piece – and all of the women in IRLE’s history past and present – have shaped the institute into the valuable and important organization for laborers it is today. Their leadership, passion, administrative skill set, and perseverance in the face of adversity continue to influence the policies, programs, and research IRLE continues to advance to this day.