Class Spotlight: “The Power of Narrative” in Immigrant Rights, Labor, and Higher Education

The Labor Studies Interdepartmental Program offers UCLA undergraduates the opportunity to learn about workplaces issues and the relationship between their education and society at large. In Winter 2021, students enrolled in Labor Studies M166A: Immigration Rights, Labor, and Higher Education learned about the undocumented immigrant rights movement with a focus on the issue of immigrant students in higher education, challenges facing undocumented immigrant students, and legislative, policy, and legal issues that have emerged. 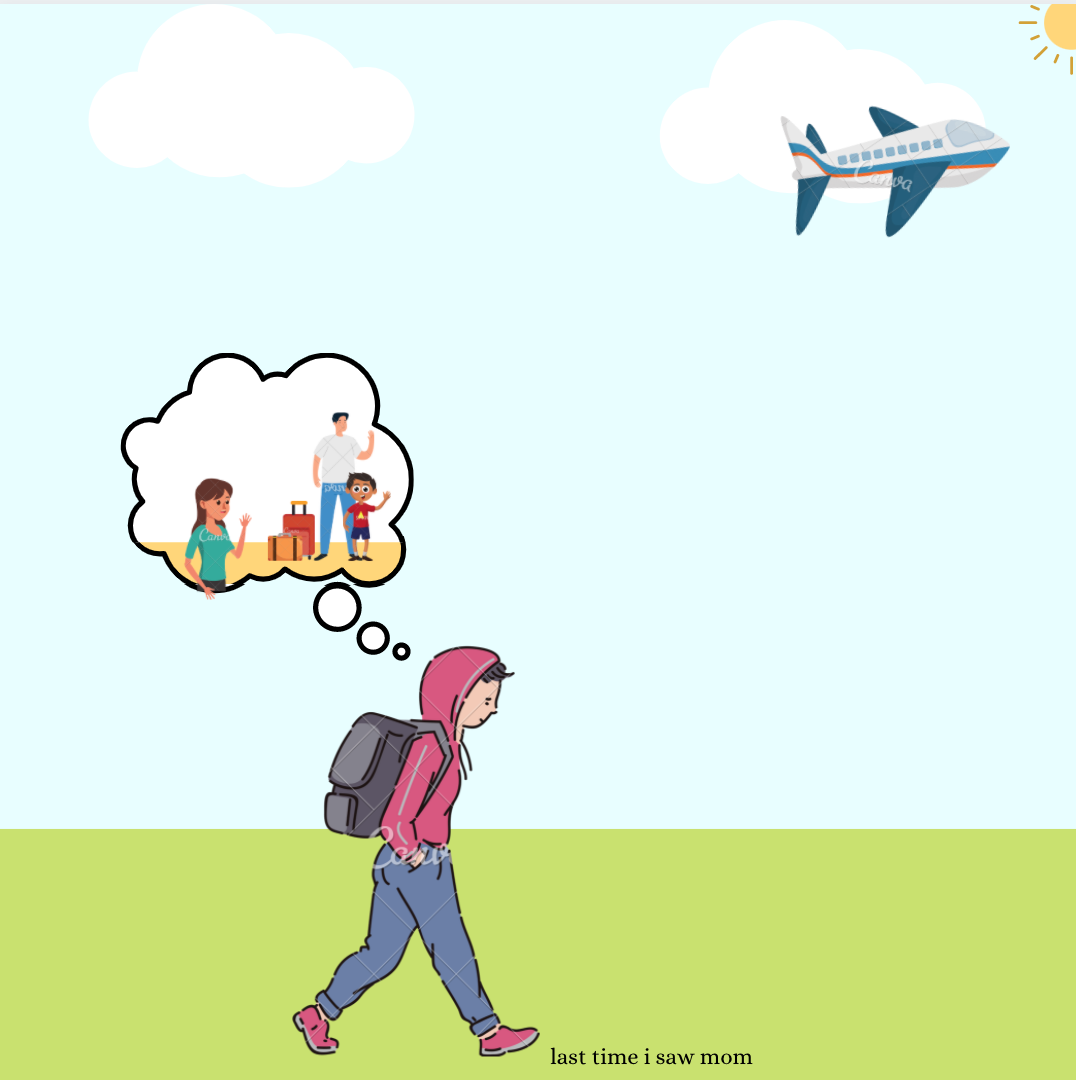 This post is in response to Jose Antonio Vargas’s article “My Life As An Undocumented Immigrant” in the New York Times. -Shefali Verma

The course, cross-listed with the Chicana/o Studies and Asian American Studies departments, was taught by Iliana G. Perez, Ph.D, and Siyue (Lena) Wang. Perez is a DACA recipient and serves as the Director of Research and Entrepreneurship with Immigrants Rising, a non-profit organization whose mission is to empower undocumented young people to achieve educational and career goals. Wang, a Ph.D student from UCLA’s School of Education and Information Studies, conducts research on how race and legal status shape educational aspirations and opportunities for undocumented young adults.

The course readings, lectures, and guest speaker lectures provided students an understanding of the connection between immigrant rights, labor rights, and higher education. Each week, students could respond to an assigned reading about a contemporary immigration topic by creating social media graphics that informed the broader community. Submitted graphics from students were then compiled and shared on Labor Studies Instagram and Twitter accounts.

“We can see the statistics, and we can read all about the problems, but once we hear the narrative of someone who actually faced the issue, that’s when we can actually put ourselves in their shoes and understand how they were feeling in the moment” said Verma.

While reading My Life as An Undocumented Immigrant, an essay for the New York Times Magazine by Jose Antonio Vargas that chronicled his hardships as an undocumented journalist, Verma noted that she imagined visual representations of his story. She created a graphic that depicted Vargas reminiscing about the happiness he felt as a child with his mother in the Philippines, in contrast to the fear and shame he constantly felt as an adult hiding his immigration status from friends and employers. 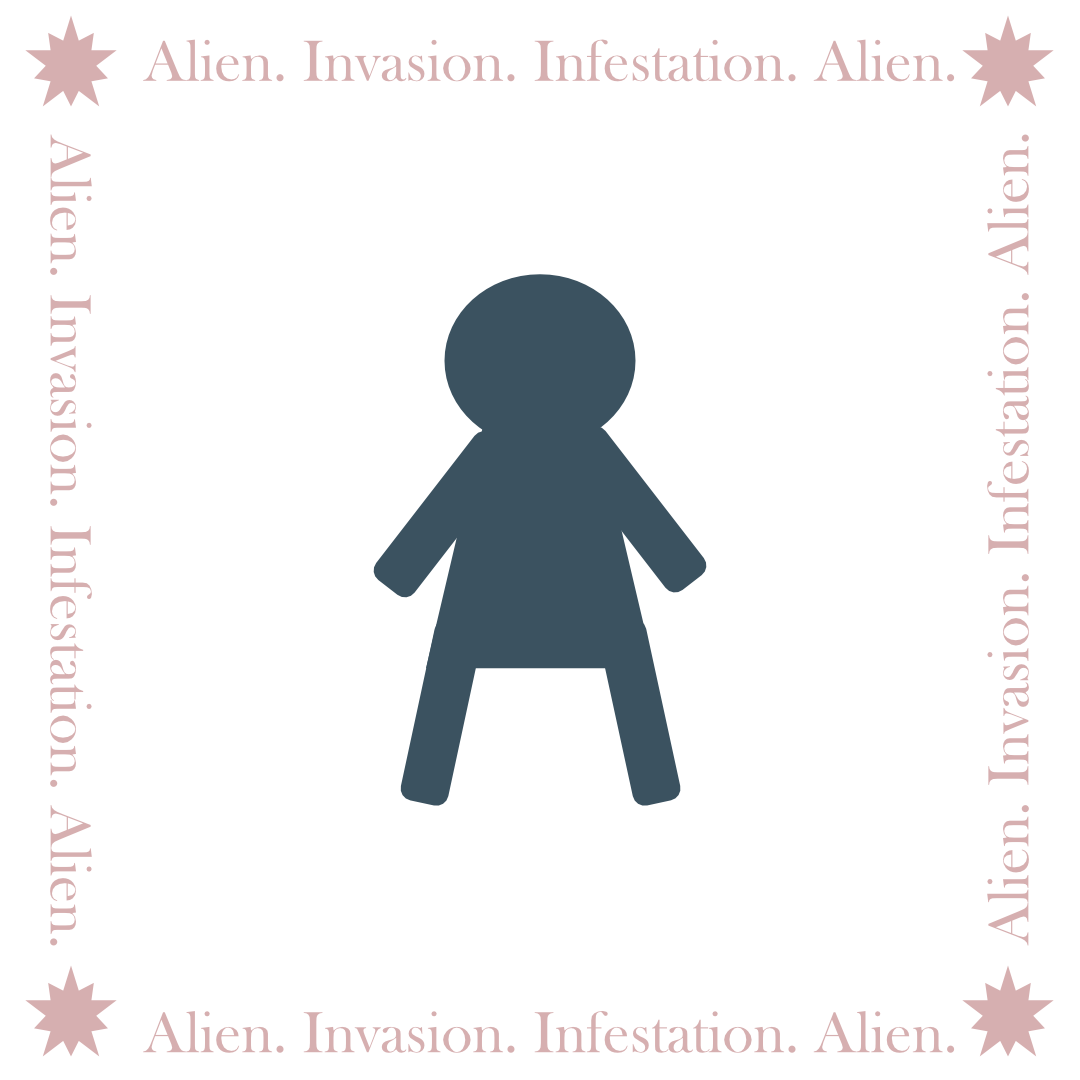 This image is about the metaphors used in association with immigrants and immigration policy debates. -Cassidy Bui

Cassidy Bui, a second year sociology major and community engagement and social change minor, submitted several social media graphics that respond to We Are Not Dreamers: Undocumented Scholars Theorize Undocumented Life in the United States, a collection of ethnographic essays that counter the Dream Narrative by touching upon the nuances of undocumented life.

One of her posts conveys the harm caused by metaphors surrounding immigration policy. In her graphic, she repeats the words “alien” and “invasion” to signal that these metaphors “make the idea of deportation and detention more palatable.” In another graphic, she conveys a visual representation of the anxieties associated with separation in undocumented and mixed-status families exacerbated by recent immigration policies. She notes in her description of the graphic that this “heightened level of vulnerability” and fear can often manifest in mental illness and physical ailments.

Bui first witnessed the power of social media at the height of the Black Lives Matter movement after seeing the value of sharing easily-digestible infographics about anti-racism and resources that uplift Black-owned businesses and grassroots organizations. The class assignment gave her the opportunity to create this type of content for the first time. 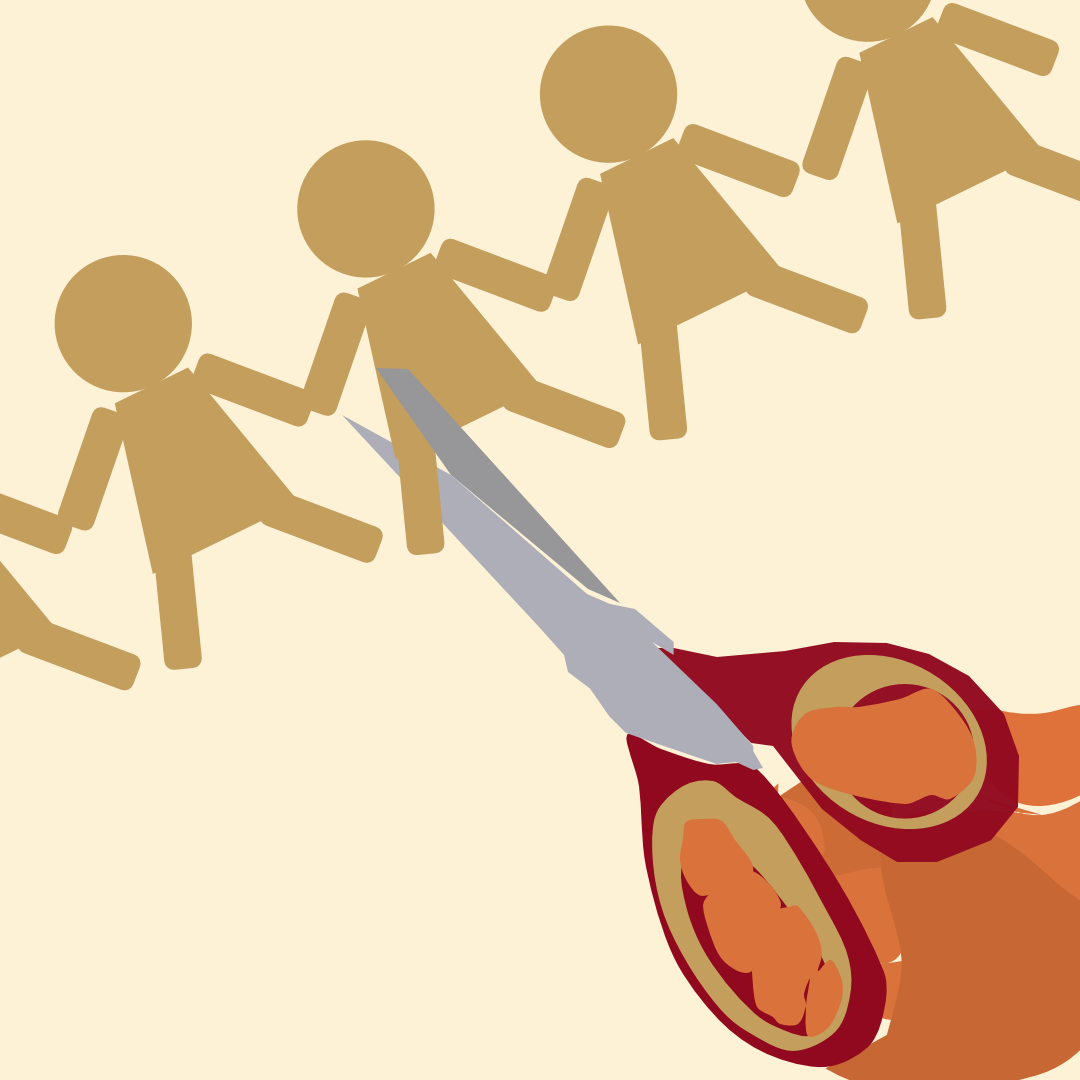 This image is a visual representation of the anxieties associated with separation among undocumented and mixed-status families. -Cassidy Bui

“It was fun to take this informative piece [about immigrant experiences] and turn it into something that the masses can understand.” said Bui. “I don’t really do art a lot like I used to and so this assignment was a good opportunity for me to just reconnect with that and say a message.” While she applauds social media for its role in mobilizing the masses to support a cause, she acknowledges that users should be wary about misinformation and performative activism.

Verma, on the other hand, sees social media as a tool to supplement the power of storytelling through visual media such as images and videos. “I think social media just gives an excellent platform to share a lot of different stories and narratives.” said Verma, “So many people can engage with what you put out there.”