What is the role of public university researchers in strengthening and promoting labor rights? That is the question and the main focus of a new partnership between UCLA and three Mexican universities.

As researchers begin their work, they approach the process by building upon the long-standing and internationally-recognized work of the UCLA Labor Center, a unit of the Institute for Research on Labor and Employment (IRLE), which has been at the forefront of worker research, teaching, and service for nearly 60 years. 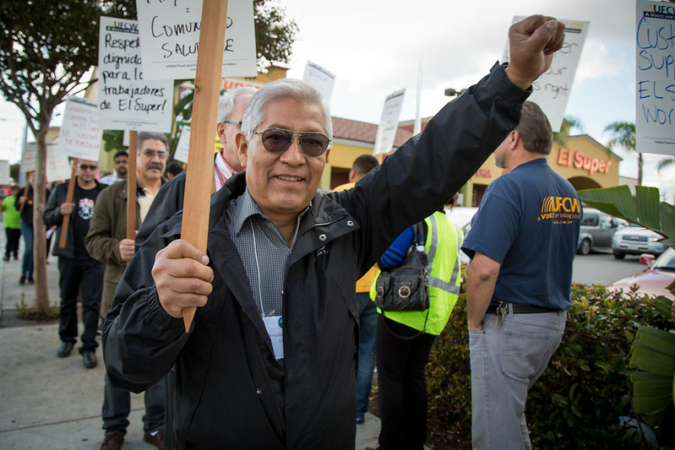 “We know that labor research has played a key role in improving workers’ lives. So for us, public universities must be at the table as this agreement unfolds, said Project Director at the UCLA Labor Center Gaspar-Rivera Salgado. “For years, the organizations and universities involved in this work have been thought partners in assessing the impact of the increasing integration of the economies of Canada, the U.S. and Mexico on working families, their livelihoods and opportunities to organize.”

In turn, the three universities in Mexico will establish labor centers modeled like the UCLA Labor Center. The centers will adopt a framework of engagement in Mexico that will bring together workers, scholars, students, unions, civic leaders, and the public to improve work conditions, raise workplace standards and strengthen the rights of migrant workers— especially of women, youth, indigenous people, and people of African descent.

“Our work will be focused on promoting the idea that the university can and should play a positive role in the lives of workers, their families and the public at large not only in Los Angeles but across international boundaries as well ” said IRLE Director Abel Valenzuela Jr. “We plan to partner and collaborate with each of these important public universities to carry out policy driven research and education that raises industry standards, that generates better paying jobs impacting local and regional economies, and to improve the lives of workers and their families.”

Furthermore, the creation of these labor centers will strengthen the connections between these entities to investigate the rapidly-evolving post COVID-19 labor landscape.

“The pandemic has reinforced that we are interconnected and interdependent,” said Senior Administration Analyst at the UCLA Labor Center Kendy Rivera. “These new centers in Mexico will facilitate the process of correcting worker grievances because improving the rights of workers in one part of the world has a positive impact on workers on the other side of the border as well.”

Specifically, the universities outlined the areas of focus for the upcoming work:

In January 2020, the North Atlantic Free Trade Agreement (NAFTA) was renegotiated into the U.S.-Mexico-Canada Agreement (USMCA). Among other highlights, the deal outlined a boost in auto manufacturing, environmental protections, and notably for labor rights advocates, greater labor law enforcement for workers through an interagency committee that will have the ability to conduct inspections and levy penalties on goods produced in factories that violate worker rights.

Media inquiries related to this story can be sent to Citlalli Chávez-Nava, citlallichavez@ucla.edu.