This story is part of our IRLE Engaged Learning Series. This series highlights the experiences of students connected to IRLE and their contributions within both our own units and local community organizations.

Learning about labor and organizing has been the focus of Bryanna Gonzalez’s undergraduate career.

As a first-generation student from a family of self-employed, low-wage workers, Gonzalez’s coursework and extracurricular activities centered on labor justice have deepened her understanding of the struggles facing immigrant families.

A rising fourth year double majoring in labor studies and international development studies, Gonzalez involved herself with the UCLA Institute for Research on Labor and Employment early on in her academic career.

She completed prerequisites for admittance into the labor studies program during her freshman year and then joined the labor studies administrative team as a work-study student that summer. In 2019, she enrolled in Labor Summer Research Program (LSRP), where she examined the experiences of students who work and attend college in Los Angeles County with a team of fellow student researchers. 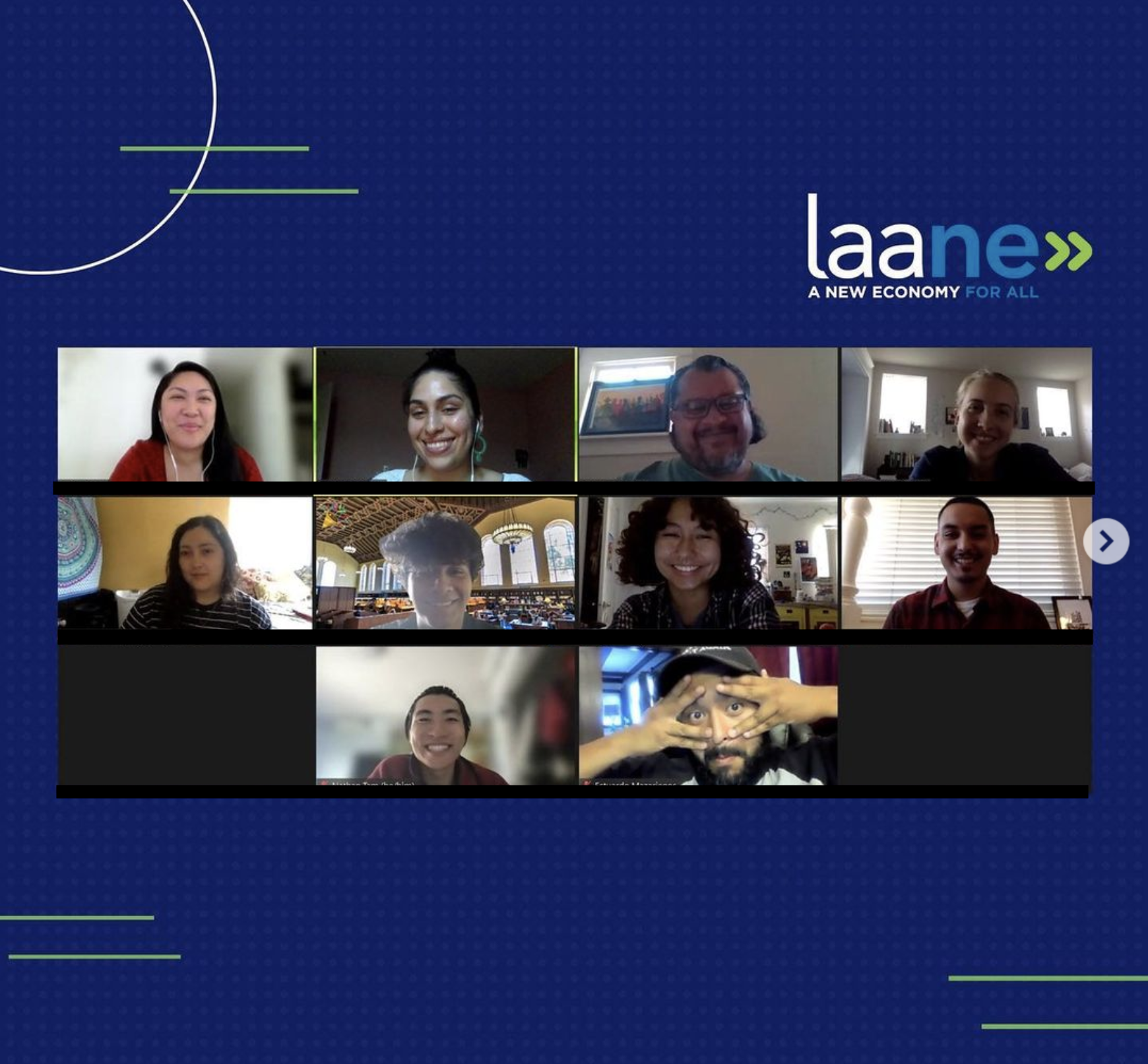 Through these experiences, she learned about the Los Angeles Alliance for a New Economy (LAANE) and its advocacy work dedicated to improving conditions in key industries and the lives of working families in Southern California.

With encouragement from her work study supervisor and the labor studies academic program manager, Elizabeth Espinoza, Gonzalez applied for an internship with LAANE to gain some hands-on worker organizing experience as part of a grocery and retail worker campaign.

Gonzalez shared details about her experience as an organizing intern for LAANE below.

LAANE has several different campaigns. Why were you interested in working the Grocery & Retail Campaign specifically?

I didn’t apply for a particular campaign right away. It wasn’t until I spoke with one of the directors about my own experiences that she identified that this might be a campaign I’d be interested in. I talked about working as a full-time retail employee one summer and that I ran into issues like harassment and erratic scheduling. Apparently, a lot of those issues were the same ones that were brought up by the workers, so it [this campaign] resonated with me the most. Also, this campaign has to do more with unionizing and organizing. I feel like that’s what I’m learning about through my major, so I think it aligned really well.

Can you tell us about the work you did as an organizing intern?

Much of my work focused on the Fair Workweek Initiative that would create fair pay and predictable schedules for retail and grocery employees. My role in that was trying to get endorsements from members of Democratic clubs in LA County. A lot of it was list-building and outreach. I would call people and see if they were interested in creating space for us to talk about the initiative.

I also had the opportunity to attend an in-person action where I handed out flyers and talked to people to gain support for protections for essential front-line workers, like grocery workers, with high risk of exposure for Covid-19. It was cool talking with people who, even though they weren’t grocery workers, expressed a sense of solidarity.

What skills help you to be successful in this role?

Definitely persistence, willingness to talk to people and sometimes not taking no for an answer. Outreach is actually a lot harder that I thought it was going to be. I had to learn to not be afraid to come across as annoying when consistently following up with people in political organizations who ultimately should be listening to and serving the community.

What were other memorable parts of your internship?

Through the internship, we were able to take a weekly class to learn more about LAANE and how LAANE campaigns are designed. Two other interns and I learned about campaigns focused on hospitality and tourism in the city of Long Beach. We interviewed campaign workers, such as the campaign director, the communications specialist and the organizers, about their experiences. We also provided recommendations for future campaigns.

Any key takeaways from your experience?

Aside from learning about the back-end of many campaigns and how difficult it is to get in contact with people, I also learned that campaigns have to adapt with the community. In particular, it was most interesting to learn about how people are organizing remotely versus in-person. I learned more about how organizers are using social media as a result of having to be remote, as organizers used Facebook groups to organize workers and encourage community and Twitter storms to put local leaders as well as companies like Kroger (who recently closed two store locations after workers demanded hazard pay) on blast. My main takeaway is that being an organizer means being willing to change alongside the community.