Home / Blog / Labor in the Age of Finance: Pension, Politics, and Corporations from Deindustrialization...

Labor in the Age of Finance: Pension, Politics, and Corporations from Deindustrialization to Dodd-Frank

This blog submission is focused on Jacoby’s new book, Labor in the Age of Finance, published on June 1, 2021 by Princeton University Press.

The labor movement has struggled over the past three decades to restore its strength in the private sector. Losses there have been catastrophic. Over seven million members have vanished since 1973. In that year, one out of four corporate employees were union members; today the figure is one out of sixteen. Union members in state and local government have kept the labor movement afloat, but it will not survive without more members in the private sector. The bulk of the labor force (85 percent) is employed by corporations that drive the economy.

Parallel to labor’s decline was the rise of financialization: the swelling of financial assets and the rapid growth of the financial services industry. Before financialization, companies balanced the interests of their stakeholders, such as workers, communities, and shareholders. After financialization, they squeezed workers on behalf of shareholders. This caused greater income and wealth inequality; the company’s resources went to owners and not to workers. The irony is that the company’s owners included worker pension funds. But therein lay an opportunity, one that I discuss in my recent book, Labor in the Age of Finance.

The labor movement pivoted during the 1990s to put organizing front and center. One strategy was to harness the financial clout of labor’s defined-benefit (DB) pension funds. State and local pension plans are the giants of the pension world with over $5 billion in assets. In blue cities and states such as California and New York, trustees include union members and union-friendly elected officials. Multiemployer pension plans, the Taft-Hartleys, are jointly administered by unions and companies; their assets stand at around $500 billion. But in other unionized companies with DB plans, management is in full control. Those plans are disappearing as employers convert to 401(k)s. 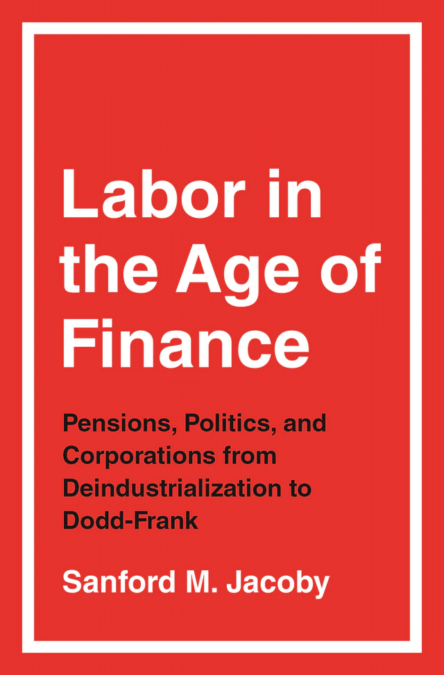 Pension assets were a vehicle for unions to influence many more companies than those with whom they bargained. Labor’s capital was harnessed to support attempts to secure neutrality agreements, often as part of a multi-pronged corporate campaign. Examples include SEIU’s Justice for Janitors (JfJ) campaign and attempts to organize hotels and casinos in Las Vegas. JfJ received a boost when, with pressure from labor, CalPERS required building managers to adopt responsible contractor policies. Union investors also used shareholder activism as leverage during contract renewals and to soften up future organizing targets, such as Home Depot.

A well-aimed shareholder proposal—one that draws votes from forty percent or more of shareholders–can damage a company’s reputation and lead to meetings with executives and directors, who normally avoid contact with unions. Another tactic labor relied on were Vote No campaigns opposing the election of problematic board members.

During the 1980s, public pension funds like CalPERS flexed their collective financial muscle. Their shareholder activism contributed to the rise of investor capitalism. The public funds—joined by other large institutional investors– told executives to focus single-mindedly on raising stock prices and obtaining larger dividends and share buybacks. Beginning in the 2000s, it was labor that took the lead, especially the Taft-Hartley plans, the AFL-CIO, and the Change to Win Investment Group. They submitted a greater number of shareholder proposals than any other type of institutional investor. Executive compensation was labor’s signature issue, this after repeated scandals involving CEO pay, the best-known example being Enron. Shareholder activism was one way of highlighting the gap between CEO and worker pay and ever-widening income inequality.

It’s corporate boards who decide the CEO’s pay, but board members often have personal and business ties to company executives. To make boards more independent, labor demanded that shareholders be allowed to nominate board candidates (proxy access). They also insisted on advisory voting by shareholders over the CEO’s pay package (Say on Pay). But labor did not speak with one voice. Taft-Hartleys from the building trades, for example, were leery of proxy access, which they viewed as overly adversarial.

Labor’s new-found expertise allowed the AFL-CIO to become a player in Washington when it came to financial regulation. AFL-CIO presidents John Sweeney and Richard Trumka threw the federation’s weight behind efforts to transform shareholder demands into law. One result is that the Dodd-Frank Act, the main legislative response to the financial crisis, made it mandatory for companies to implement Say on Pay and proxy access. Change to Win was less involved with regulatory efforts but usually backed its rival in this realm.

Labor’s financial turn faced legal constraints. Pension-fund trustees had a fiduciary duty to protect the value of pension assets. The Bush administration and groups like the Chamber of Commerce charged that union investors were violating the law. Labor’s solution was to base its activism on corporate reforms that were legally permissible and that other investors favored. They included executive pay, board independence, and lower barriers to hostile takeovers. Because these topics went beyond the scope of bargaining, they widened labor’s sphere of influence in unionized companies.

Investors backed these reforms because they were predicated on transferring more power and money to themselves. Bigger payouts to investors meant less for workers. A recent study finds that from 1989 to 2017, corporations created $34 trillion of shareholder wealth, nearly half of which was a reallocation from worker pay to investors. The amounts dwarfed aggregate CEO pay, but labor had little to say about buybacks until quite recently.

A defined-benefit pension plan is one of the chief advantages of joining a union. In the private sector, two-thirds of union members are covered by DB plans versus nine percent of nonunion workers. Maximizing shareholder value reduced the unfunded liabilities of union pension plans. But it did little for the vast majority of corporate employees who had no DB plan. Public pension plans, even CalPERS and CalSTRS, periodically acted against the interests of private-sector workers. Private equity is a case in point. The public plans poured billions into private equity firms, which are associated with wage cuts and layoffs. SEIU tried to turn the pig’s ear into a silk purse. It asked the public pension funds to support its efforts to obtain neutrality agreements with firms owned by private equity, such as nursing homes and food caterers.

Today, many unions have corporate affairs departments staffed with attorneys and financial experts, as do the AFL-CIO and Change To Win. Researchers probe for pressure points in a target company’s financial and governance arrangements. Shareholder activism is less prevalent than before because of its low yield on new members and failure to transform the bedrock of corporate governance. Say on Pay and proxy access did little to affect CEO pay and board independence. However, recent shareholder activism has proved useful for getting companies to be transparent about their political spending.

In the future, labor’s financial activism will have to confront the fact that it’s a top-down strategy with little rank-and-file involvement beyond pension-fund trustees. There also must be a reckoning with the fact that shareholders, including pension funds, are the beneficiaries of the corporation’s anti-worker policies. Somehow the genie of investor capitalism has to be put back into its bottle.

Related Event:
On Thursday October 7, Jacoby will discuss his book with the CUNY School of Labor and Urban Affairs, register here.

Sanford M. Jacoby is a Distinguished Research Professor at UCLA. He’s been affiliated with the UCLA IRLE for over forty years. Support for research on Labor in the Age of Finance was provided by the IRLE.