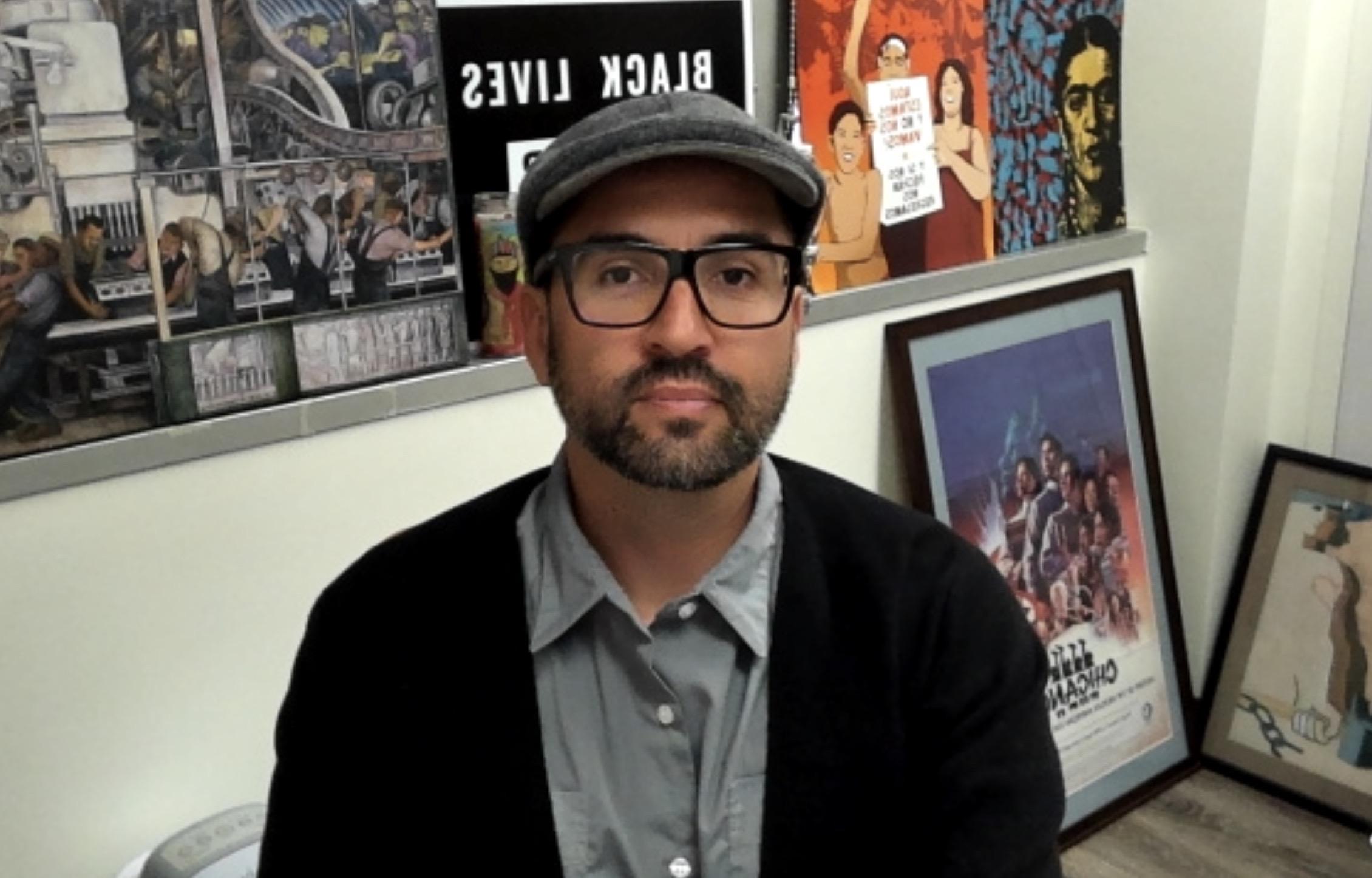 Chris Zepeda-Millán, associate professor of public policy and Chicanx and Central American Studies, has been appointed as the chair of the UCLA Labor Studies Interdepartmental Program.

Zepeda-Millán began his appointment in July 2022 and succeeded Tobias Higbie, who led the launch of the interdepartmental degree program and served as the program’s chair from 2019 to 2022.

Prior to UCLA, he served as a provost postdoctoral scholar in the department of political science at the University of Chicago and held faculty positions at Loyola Marymount University and UC Berkeley. Zepeda-Millán joined UCLA in 2018 as an associate professor of public policy and Chicanx and Central American Studies, and also holds joint appointments in the political science and sociology departments. From 2018 to 2020, Zepeda-Millán served as the director of faculty research for the UCLA Latino Policy and Politics Institute.

As a Boyle Heights native, Zepeda-Millán brings to UCLA Labor Studies his advocacy work in support of immigrant rights and workers’ rights in his local community and beyond, as well as years of research and teaching experience.

The son of an active union member who grew up hearing about the challenging conditions his grandparents faced in their work as garment workers and migrant farm workers, Zepeda-Millán learned about the importance of labor organizing at a young age. It was not until pursuing higher education that he would discover the connections between his family’s work, economic and social inequality, race and immigration status.

His undergraduate Chicanx and Latinx classes at Loyola Marymount University also exposed him to his hometown’s rich history of immigrant and labor rights activism, leading to his involvement in various Los Angeles-based social justice organizations.

During his undergraduate years, Zepeda-Millán was part of his university’s chapter of Movimiento Estudiantil Chicana/o de Aztlán (MEChA) and interned with the Coalition for Humane Immigrant Rights of Los Angeles (CHIRLA). Through these involvements, he participated in a number of labor actions and campaigns to mobilize immigrant voters, including unions such as the Los Angeles janitors’ union, part of the Service Employees International Union (SEIU).

His coursework and community engagement, coupled with the wave of anti-immigration sentiments that followed the September 11 attacks, sparked his interest to further study immigrant rights in graduate school.

Zepeda-Millán would later become the first Chicano to earn a Ph.D. from the Department of Government at Cornell University. He has conducted research on immigration policy, labor unions, Latino and racial politics and social movements, and is published in top political science and interdisciplinary academic journals.

In 2017, Zepeda-Millán published his first book, Latino Mass Mobilization: Immigration, Racialization, and Activism (Cambridge University Press), which has received numerous national awards including the Ralph J. Bunche Award for best book on ethnic and cultural pluralism. His research on Latinx mobilization for his book also led him to further explore the interdisciplinary field of labor studies.

“I learned more about how important the labor movement was to the immigrant rights movement, especially when it came to public policy and electoral politics,” said Zepeda-Millán. “So now that’s my main area of interest – the relationship between labor unions, immigration and Latinx politics.”

The search for the new labor studies chair was led primarily by IRLE leadership. In addition to demonstrated experience in scholarly work embedded in labor, social movements and the political economy, the requirement was for someone who would lead the UCLA Labor Studies Program to expand its connection with the greater Los Angeles community.

“Chris [will share] the important role of engaging our students in various activities to better understand contemporary issues related to inequality, to poverty, and to the relationship between work, labor markets and social change to improve work related outcomes,” said former IRLE Director and current interim dean for the UCLA College’s Division of Social Sciences Abel Valenzuela Jr.

“Chris Zepeda-Millán will be an outstanding faculty leader for Labor Studies.” said IRLE Director and former Labor Studies Chair Tobias Higbie. “His scholarship on Latinx political mobilizations is critical for understanding contemporary labor and social movements, and he has great ideas for new courses that I know our students will love.”