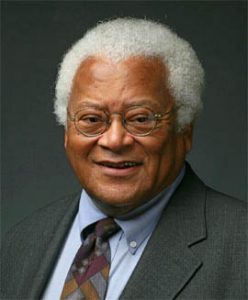 Rev. Lawson has been an influential leader and teacher of nonviolence for more than a half-century. He helped to launch the Nashville sit-in campaign in 1960, which successfully desegregated the Woolworth’s lunch counter, and inspired a new generation of civil rights leaders throughout the South. He was also a leader of the Memphis Sanitation Workers Strike in 1968, which led to the successful organizing of sanitation workers. Dr. Martin Luther King, Jr. was assassinated while supporting the Memphis sanitation workers. Since then, Rev. Lawson has traveled throughout the country and the world to lead workshops and seminars developing a new generation of leaders trained in the philosophy of non-violence and the tactics of civil disobedience. In Los Angeles, Rev. Lawson has worked closely with the leaders of the Justice for Janitors campaign, hotel and restaurant workers, and with student activists to develop nonviolent strategies and tactics, which successfully organized low-wage workers of Los Angeles and undocumented students across the country. Influenced by the work of Mahatma Gandhi, central to the rise of the Civil Rights Movement, and key to emergence of Los Angeles as the resurgent center of the contemporary labor movement, Rev. Lawson is one of the most impactful social justice leaders of the twentieth-century.