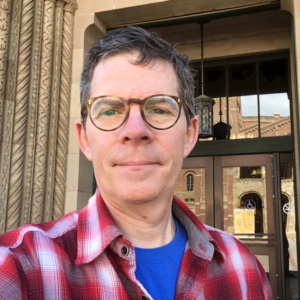 Tobias Higbie is Professor of History and Labor Studies at the University of California, Los Angeles and the Director of the Institute for Research on Labor and Employment. Professor Higbie is a labor historian whose research explores the intersection of work, migration, and social movement organizing in the United States. His current research (with Gaspar Rivera Salgado) focuses on new immigrants and labor unions in Los Angeles and Chicago during the 1970s and 1980s. His most recent book, Labor’s Mind: an Intellectual History of the Working Class, illuminates the world of working-class self-education and labor movement education that seeded the union upsurge of the 1930s and prefigured the rise of university-based labor scholarship. His first book, Indispensable Outcasts: Hobo Workers and Community in the American Midwest, 1880-1930 (winner of two book awards), is a study of migrant labor and the politics of belonging that showed the centrality of so-called marginal workers to the development of American industrial society.

Higbie led the effort to launch UCLA’s Labor Studies interdepartmental degree program and served as the program’s chair from 2019-2022. Before that he was chair of the UCLA Labor and Workplace Studies program from 2014-2019. Before coming the UCLA in 2007, Higbie was an assistant professor in the Institute for Labor and Industrial Relations at the University of Illinois (2005-2007), and the Director of the Center for Family and Community History at the Newberry Library (2000-2005). As a graduate student, Higbie was part of a large-scale organizing campaign to win bargaining rights for graduate student employees. He holds a Ph.D. in History from the University of Illinois and is a member of the American Federation of Teachers.

Future of Work
Scroll to top