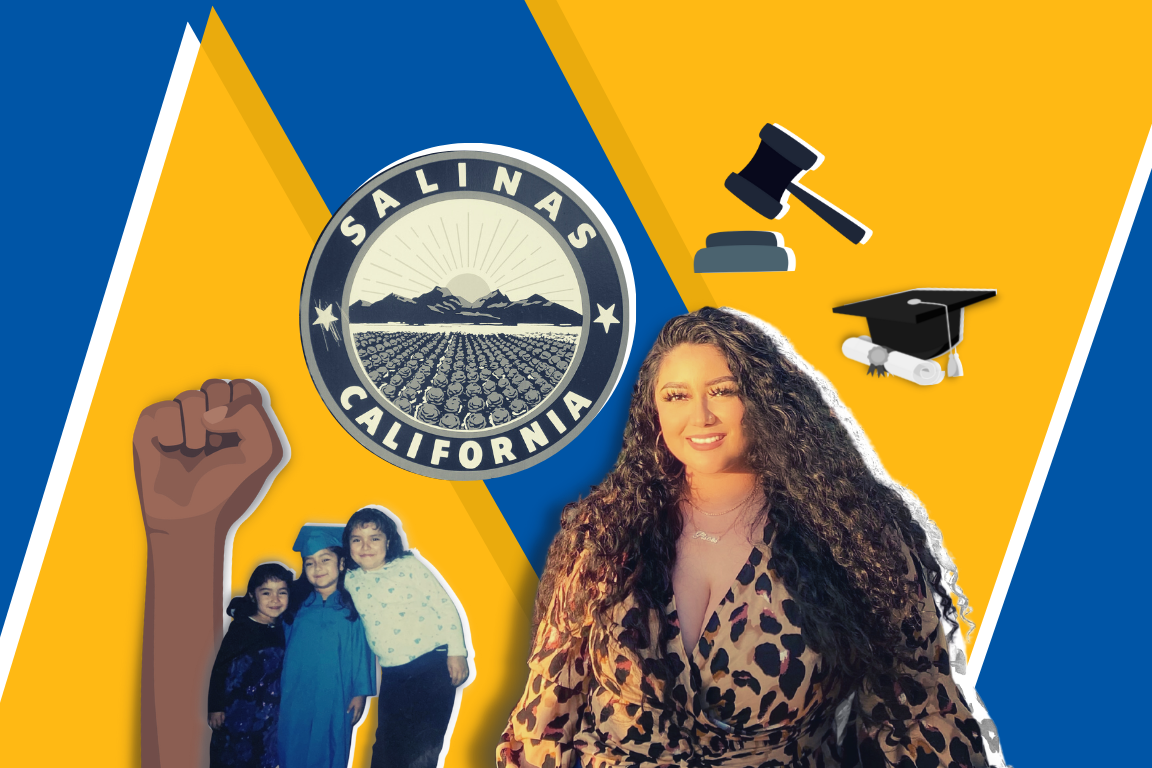 Barrón Pérez hails from Salinas, California, a largely Latino farmworker community that generates much of the nation’s produce. Growing up in a family of farm workers inspired her to fight to improve conditions for the people in her community — primarily Latino, undocumented folks.

“I knew that I had to be the change that I desperately desired for my community,”  she said.  “I’ve always found different avenues to help people in my community.”

Barrón Pérez transferred to UCLA, despite counselors in high school and community college not believing that she could. She entered UCLA as a political science major, thinking she would pursue a career as a congresswoman.

When the political science major didn’t meet her expectations, her teaching assistant suggested she take Labor Studies M173: Nonviolence and Social Movements. There, Barrón Pérez discovered not only the Labor Studies major, but organizations she would work with well beyond the duration of the course.

The class required ten volunteer hours with local organizations. To fulfill the requirement, she signed up to work with Unite Local 11, a labor union in Los Angeles which represents hotel and hospitality workers. She continued to support unionization efforts for hotel workers and eventually agreed to temporarily move to Arizona with others from UNITE to canvass voters for the 2020 presidential election in Maricopa County.

“I discovered community organizing,” Barrón Pérez said. “ And I really discovered what it meant in interactions with workers. It really solidified what I want to do with my life.”

The UCLA senior became involved in worker organizing as a college student yet her community service efforts began much earlier. At her community college, she served as student body president, where she organized food pantries and secured public transportation subsidies for commuting students.

At UCLA, she continued her community service by joining the club Compas, which aims to support farm workers and their families. With Compas, Barrón Pérez said she unexpectedly found a community of other UCLA students who came from similar farm working backgrounds as her.

Barrón Pérez has her sights set on law school after graduating, hoping to become an employee rights attorney and help workers negotiate contracts and fight for better conditions. Before she can do that, though, she wants to learn the nuts and bolts of worker organizing, by helping as many workplaces unionize as she can.

“When I’m an attorney helping contract negotiations, I want to be able to help people and understand them at every stage,” she said. “If I understand where [the workers] are coming from, that’s gonna help me [help them] so much more.”