Home / Publications / Police, Power, and the Production of Racial Boundaries 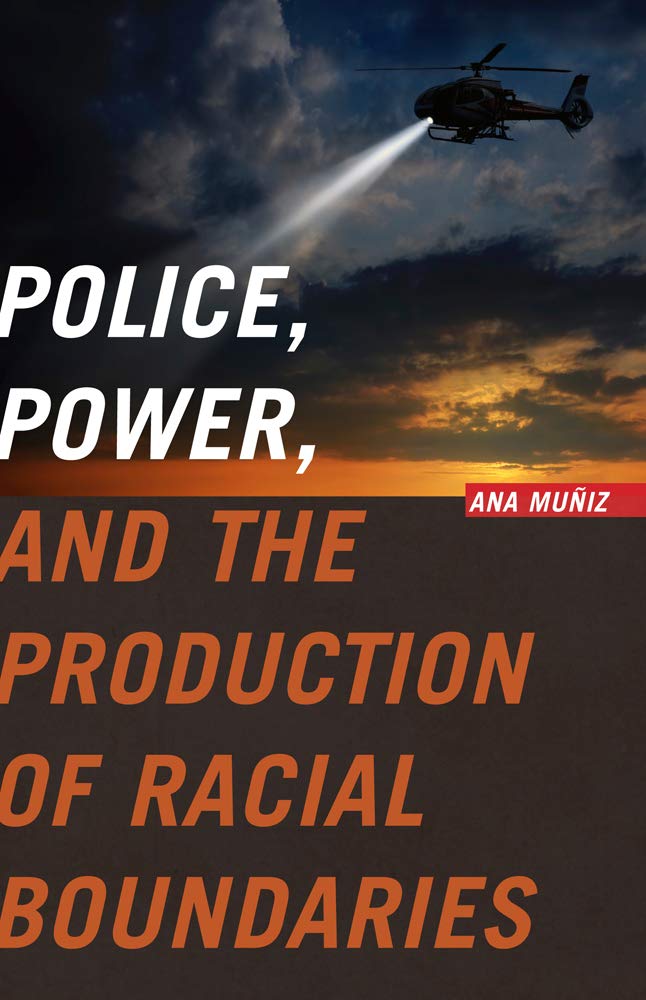 Police, Power, and the Production of Racial Boundaries

"Based on five years of ethnography, archival research, census data analysis, and interviews, Police, Power, and the Production of Racial Boundaries reveals how the LAPD, city prosecutors, and business owners struggled to control who should be considered “dangerous” and how they should be policed in Los Angeles. Sociologist Ana Muñiz shows how these influential groups used policies and everyday procedures to criminalize behaviors commonly associated with blacks and Latinos and to promote an exceedingly aggressive form of policing.

Muñiz illuminates the degree to which the definitions of “gangs” and “deviants” are politically constructed labels born of public policy and court decisions, offering an innovative look at the process of criminalization and underscoring the ways in which a politically powerful coalition can define deviant behavior. As she does so, Muñiz also highlights the various grassroots challenges to such policies and the efforts to call attention to their racist effects. Muñiz describes the fight over two very different methods of policing: community policing (in which the police and the community work together) and the “broken windows” or “zero tolerance” approach (which aggressively polices minor infractions—such as loitering—to deter more serious crime). Police, Power, and the Production of Racial Boundaries also explores the history of the area to explain how Cadillac-Corning became viewed by outsiders as a “violent neighborhood” and how the city’s first gang injunction—a restraining order aimed at alleged gang members—solidified this negative image. As a result, Muñiz shows, Cadillac-Corning and other sections became a test site for repressive practices that eventually spread to the rest of the city."