Home / Publications / The Disruption of Taxi and Limousine Markets by Digital Platform Corporations... 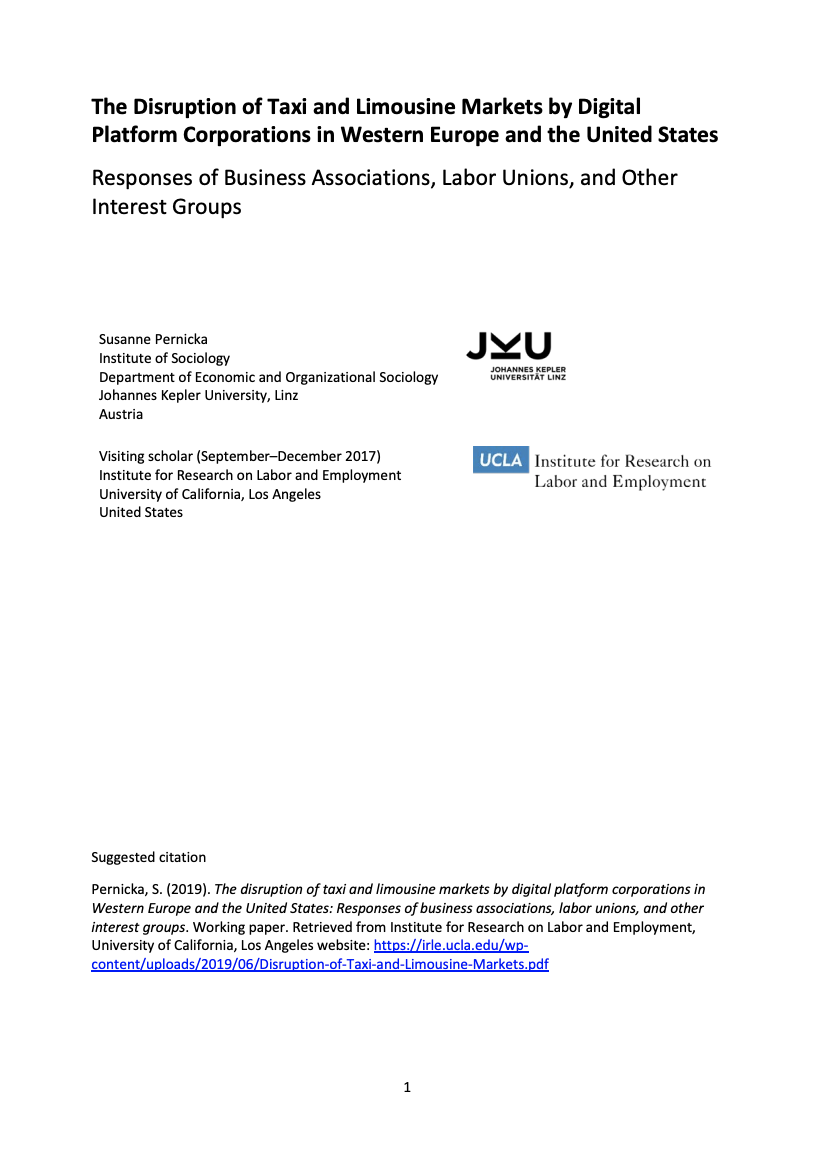 The entry of digital platform corporations, such as Uber, Lyft, and Taxify, into established taxi and limousine markets has severely challenged organized interest groups on both sides of the capitallabor divide as well as public policymakers who regulate these markets. Interest associations in different countries have regarded the market-disrupting strategies of platform corporations as either a unifying threat or as an opportunity to pursue and enforce their particularistic interests, and existing associational fields have shaped interest associations’ responses. The author compares California and Austria because of their distinctive traditions in valorizing the public participation of nonstate societal groups and interest associations in political and economic fields. By drawing on interest group theory and on sociological field theory, this paper demonstrates that both pluralist and neocorporatist associational fields have the potential to balance societal interests and to moderate power relations. Associational fields in California and Austria are contested societal orders whose ability to integrate all relevant societal interests has been disrupted. In California, the responses of business associations, trade unions, and labor groups to Uber reflect the fragmented state of pluralist associational fields. While diversity and competitive relations between interest groups are idealtypical characteristics of pluralist associational fields, state actors do not serve as impartial mediators, and Uber has benefited from more favorable rules and conditions than those applied to taxi and limousine companies. In Austria, the responses of the highly centralized business and labor associations toward Uber reflect the strong disposition of the Chamber of Commerce and trade unions toward the logic of influence. However, that collective bargaining institutions or social partner agreements are not able to control the company points to the fragile and contested character of associational fields. It is nevertheless likely that the ongoing struggle for common rules for all market participants will reinforce neocorporatist associational fields.